My daily routine was once getting up at 6 in the morning, showering, filling a thermos of coffee and driving to my job. Once there,  I went to the cafeteria where I bought my standard breakfast and was greeted by the cafeteria workers who knew me by name. At my desk, and through the technology of the 24/7 world, I would scan through emails sent to me through all hours of the night and print out the ones that needed attention.  I would then start deleting the emails selling another version of some product I bought once, announcements that failed to excite me and an occasional  letter from some guy in Nigeria who claimed he found my name in a list of those who were to receive thousands of dollars for being a kind hearted soul. All he needed was my banking information.

To say the least, it was an interesting and challenging time. Through it all, I never thought about when it would end and what I would do when it was over. Last fall, it did come to an end. The company moved to Atlanta and either took with it some very talented people or displaced those talents forcing them to find a career path elsewhere. Some are still looking for the satisfaction they once felt in their former job. In general, a piece was taken out of us when the company closed its doors in Montvale and only now do I realize how much I miss those people and what I had.

What I had was a place in a corporate structure where I fit in and made a difference.  I look at my Facebook list of friends and many from my company are my friends. I love being able to keep tabs on their lives and still feel connected. It isn’t like the interaction of coming into the office and talking about some worldwide event, or sharing a personal experience or gossiping about a corporate-wide development. It is just a few words on a page and I can only hit “like” to let them know I saw their post and have smiled.

Last Friday, one of the alumni (the one who started the Facebook page for the alumnus) got us together for a reunion. It was great. We connected and reminisced or caught up. I enjoyed chatting with those I hadn’t seen in a while and even talking to those I use to just passed in the hall. I missed them all.

Listening to those who went on to other jobs, I am aware more so now how smart and dedicated these former co-workers are. I know because many were not just workers; they solved problems, created new systems and made changes to streamline productivity. That takes talent.

I am one of the lucky ones. I will never work in a 9 to 5 job again (hopefully) and have ended my career on a high note. It was the best of times working at MBUSA and it will never be upstaged by another. For me, it was the best or nothing. I had the best. 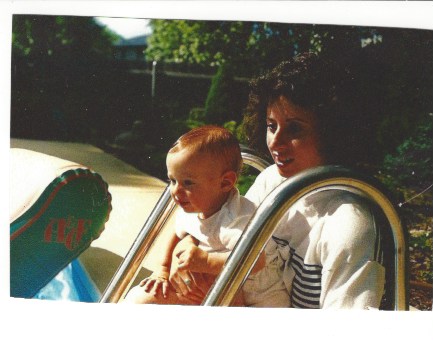 When I saw him for the first time, it all came back. He had the same long fingers as my father, the same brow and mouth of his father and peaceful, even happy expression that made me believe he was aware of his surroundings and the love around him. His hair was light brown, almost reddish and blue eyes that eventually turned brown. He made that whimpering sound when he was hungry searching for the food of his mother’s breast. That was Anthony John and now it is Anthony Mario, son of my son.

For all my kids, I compiled a baby book of their first few years with photos of each school year, the sport teams they played on and the birthday parties they had. At each birthday for the first three years, I wrote about how they developed in their personalities.  I sat down to look at those words today before handing his book off to my son. My words at one years old, “as a newborn, you smiled a lot and when you started to laugh, it was right from the belly”. At two, “you were a caring brother to your sister and always tried to calm her when she cried. No one could make her laugh as hard as you did”. And at three, “I loved your creativity when you would take pasta boxes and books and make cities out of them”.

I’m so glad I wrote those words as I will look at Anthony Mario’s personality as he grows and maybe see if he will have the same traits as his father.  Life changed so much when I had Anthony John. Life is changing again for me with this little guy now in it. He doesn’t know it, but he came at just the right time when I needed the beauty of a new life to love. Strange how life evolves. Anthony John came at a time when we lost my father-in-law and needed him to fill the void. He did and carried the name handsomely.

Today, the memories will live on in social media for as long as there is Facebook, Instagram and this blog. I will post life’s events and photos for all to see to enjoy and for me to remember. 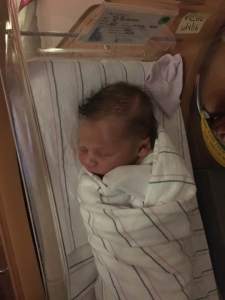